But solar is intermittent.  And to become "baseload", PV solar needs to be coupled with an electrical storage system.  But existing storage solutions are on the order of several dollars per kWh, plummeting the competitiveness of solar (and other intermittent renewables such as wind). 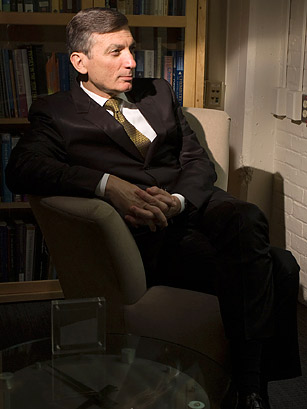 Professor Donald Sadoway and his team at MIT set about this energy storage challenge to create a battery that from the start, would be a) cheap and b) designed for the grid - in essence, a battery on the order megawatts (re. big!) that can resist high temperatures.

Using these elements, Sadoway and his team designed a liquid metal battery (LMB), where the electrodes (magnesium and antimony) and the electrolyte (a molten salt) are heated to more than 700°C, and due to density differences, the three melted liquids settle in three distinct layers, allowing low assembly costs.

Cheap materials.  Cheap assembly.  Appropriate for the grid.  What are we waiting for? 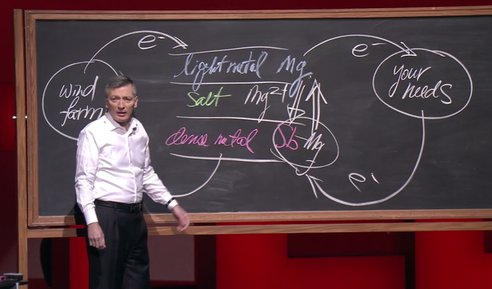 Sadoway's battery has been around since 2009, but it's been making headlines lately due to Sadoway's recent TED Talk  - a hugely popular video with almost 600,000 views!

As Sadoway explains in the video, his team has gone from a "shotglass" model of the LMB to the "16-inch pizza" which can store 1kWh of electricity - enough energy to power your space heater for about an hour.  Ok, not that impressive but the next model, the 36-inch wide "Bistrot Table", will store enough energy to provide the daily electrical needs of 200 households - a battery that is "silent, emissions free, has no moving parts, is remotely controlled, and is designed to the market price point, without subsidy".

I took 3.091 (Introduction to Solid State Chemistry) with Professor Sadoway over 10 years ago.  I remember clearly that he played a song for us at the beginning of each class, varying from the Rolling Stones to Mozart, which I loved.  Sadoway was intense, sometimes intimidatingly so, but he was inspiring.  And 10 years later, I am more inspired than ever by the liquid metal battery.  And I am excited and hopeful to see the this technology go from the lab - to the grid.