DontFlushMe is a NYC-based crowdsourcing project to engage residents in reducing the amount of sewage pollution in the New York Harbor through network-connected Arduino-programmed sensors.

Did you know that approximately 27 billion gallons of raw sewage (re. the goods you flush down the toilet) gets dumped into the New York Harbor every year?

New York City's combined sewer system collects wastewater and storm water in the same piping system (as opposed to a "separate" system which will have individual piping for each water streams).

When it rains in New York, the sewer system (filled with a mix of rainwater and toilet excrement) will often reach its capacity.  In order to relieve congestion, the sewer system is lined with 460 Combined Sewer Overflow (CSO) regulators, which discharge excess wastewater directly into the New York Harbor. 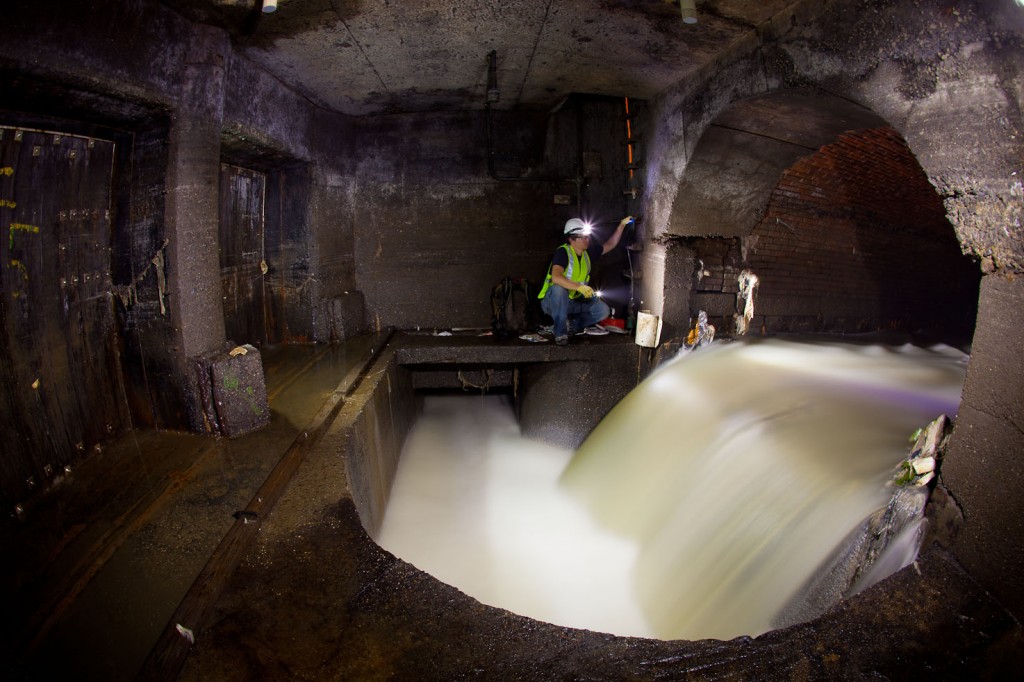 CSO regulator in Brooklyn. Photo by Steve Duncan at undercity.org.

DontFlushMe plans to build a network of Arduino-based sensors, that will measure the water level at the CSO regulators and submit data to a centralized database.

The collected data will be available over a large alert network, and in case of emergency (and in order to prevent overflow), members of the DontFlushMe community will receive a text message to act appropriately-- in other words, DON'T FLUSH!

Prototype sensors were installed in June and anyone can now sign up to receive text message updates.

DontFlushMe founder Leif Percifield also plans to design an internet-connected lightbulb, the "bulbuino", that will also signal the status of CSO data.

What I like most about DontFlushMe is that solicits community-invested participation to meet a local energy challenge.  We as individuals can contribute to an effort that will have an impact.  Energy 2.0.

Morever, Leif Percifield is no water expert -- but a technologist and designer with just a really cool idea. 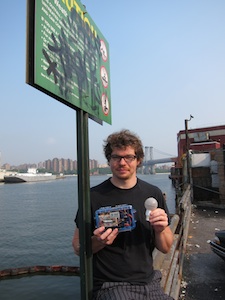