Marché sur l'eau ("Market on the Water", or "Walk on Water" cleverly playing on the double meaning of "marché" in French), is a Paris-based non-profit organization delivering fresh produce baskets from local producers via canalway transport.

It's no Venice, but Paris has quite a developed canal system dating back to early 19th century when Napoleon I ordered the construction of canals in order to supply Paris with fresh drinking water.

During the 19th century and into the mid 20th century, the canals experienced heavy traffic of merchandise shipping, but since the 1960s, that traffic has dwindled, and the canals more or less service as a landscape rather than a mode of transport.

How does it work?

The organization collects the food from each producer and then loads the stock on the boat that they recently purchased which has a capacity of 5 tonnes of merchandise. 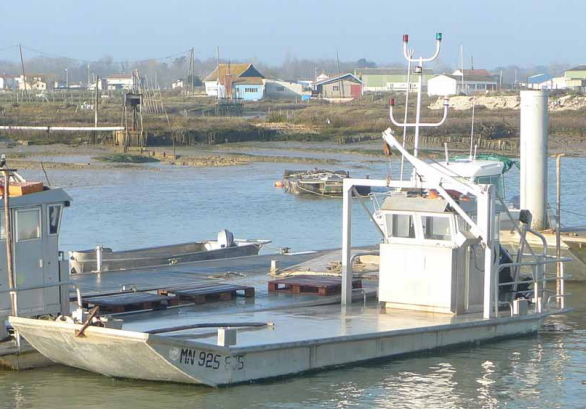 The boat travels 2x / week on Tuesdays and Thursdays to deliver the local produce to the end of the Canal Ourq, conveniently in Paris near the metro Jaures.

Customers come to La Rotonde to pick up their local food baskets that they order online, and can likewise bring their organic waste for collection.  Marché sur l'eau  hopes to use this organic waste as fuel for the boat through a methanization process.  Awesome!

Marché sur l'eau only recently started operations in May 2012 - but with such a unique and efficient system, a bright and dedicated team, and a strong network of partners, I think Marché sur l'eau will definitely "walk on water".