With a mere budget of 6,500£, a collective of artists, designers, and architects transformed an abandoned gas station in central London into ... the Cineroleum, a street-side, hand-built cinema.

The Cineroleum was conceived and constructed by the Assemble collective in just three weeks during the summer of 2010 using donated and found materials, and with the help of over 100 volunteers.

There exists 4,000 derelict gas stations in the UK, and the Cineroleum pilot project demonstrated the creative potential of these abandoned spaces for public use.

Amazing concept, as I write from the Comptoir General, also an abandoned space that has been converted into a beautiful quirky oasis in the center of Paris.  But - if I understand correctly, the Cineroleum had a mere lifespan of four weeks.  What happened?

While we try to answer that question, check out these photos as the petroleum station and cinema combine to form - the Cineroleum. 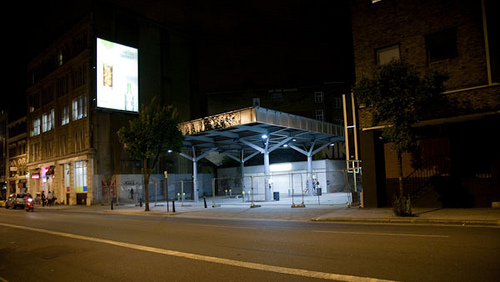 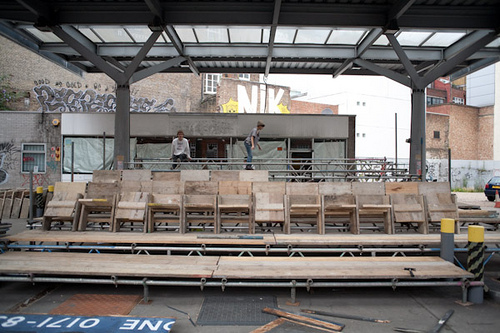 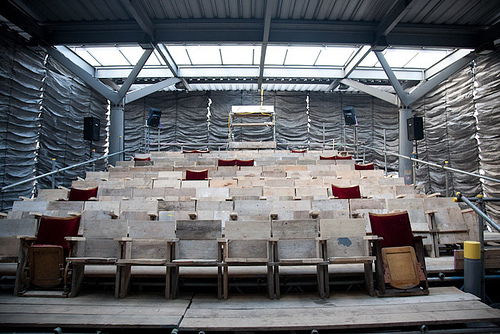 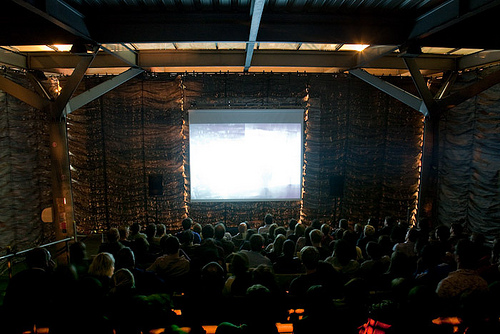 The Cineroleum is one of 15 European projects documented at the Re.architecture exhibit, currently at the Pavillon de l'Arsenal in Paris (and free!).