The following projects were documented on Watt Now over one year ago.  Where are they now?

Original article: March 21, 2011.  Watt Now kicked off over one year ago with the Humdinger wind-belt, a radical wind technology that generates electricity through "aerolastic flutter".  Smart buildings, which require a large number of low-powered sensors (that could easily be powered by cheap "micro wind-belts"), proved to be a promising market for the Humdinger.

Update: Where is the Humdinger resonating now?  The brains behind Humdinger received multiple patents around the wind-belt technology and plan to continue development through an open-source community.  In the meantime, Shawn Frayne and Jordan McRae decided to embark on a new small-scale renewable project - this time in solar with B-Squares, the hip, techno-for-all, Lego-like electronic modules.

Update: The 500,000-gallon biodigester at the Magic Hat Brewery is now successfully operating.  Before engaging new clients, such as interested brewers Red Hook and Otter Creek, Purpose Energy spent the past year adapting and optimizing its BOB ("Biphase Orbicular Bioreactor") system for the brewery industry -- in addition to recycling the organic biproduct of the brewery, the system also recycles wastewater, and includes a cogenerator unit that can produce heat and electricity for other purposes.  Input: organic waste.  Output: renewable natural gas, treated water, and organic fertilizer.  Awesome.

Purpose Energy was also named one of Entrepreneur.com's 100 Brilliant Companies of 2011. 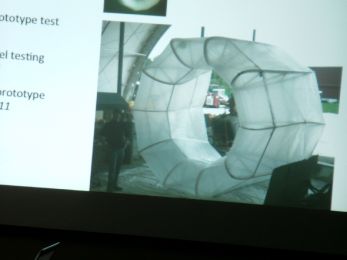 Update: There has been a lot of buzz lately about Altaeros.  Why?  Because in March 2012, Altaeros performed a successful demonstration of its AWT at the Loring Commerce Center in Limestone, Maine.  The AWT reached a height of 350 feet, lifting a Southwest Skystream turbine to produce twice the power generated at conventional tower height. 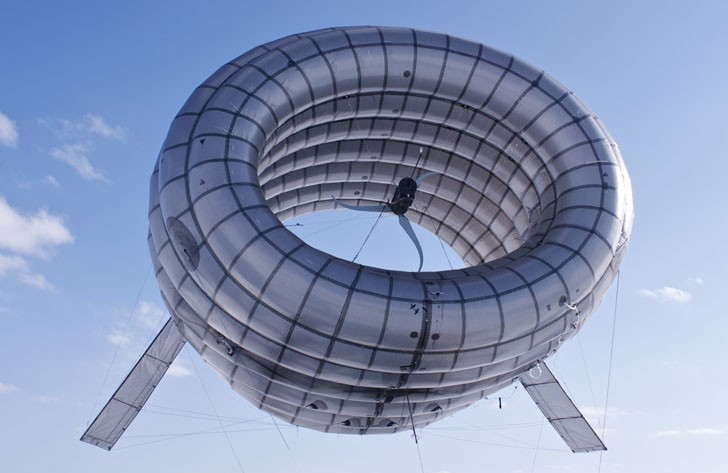 With its first product, Altaeros hopes to reduce energy costs by up to 65% by a) higher efficiency (stronger winds at high altitude), b) reducing installation time, and c) simplified manufacturing and maintenance (modern inflatable materials = awesome).

Moreover, Altaeros' AWT is designed to have virtually no environmental or noise impact, and can easily be installed in remote industrial, military, or village sites.

Altaeros is currently looking for partners to launch the first commercially-available high altitude wind turbine in the world.

Also check out Makani Power, another innovative technology in the growing field of airborne wind.