There's been a lot of buzz lately about the San Jose-based "stealth" solar company Twin Creeks that recently came out of hiding with its ground-breaking Proton Induced Exfoliation (PIE) manufacturing technology that efficiently produces ultra-thin solar cells to reduce solar cell costs by up to 50%.

Like 1366 Technologies, Twin Creeks optimizes solar panel manufacturing by minimizing the use of silicon - and eliminating silicon waste.

Traditional silicon wafers have a thickness of around 150-200 microns, and are sliced from blocks of silicon using wire saws, a process which is messy and results in lost material in the form of "silicon sawdust".

Hyperion, Twin Creeks' innovative manufacturing system, produces wafers by "exfoliation" that are 20-30 microns thick, up to 10x thinner than traditional wafers, and do not produce silicon sawdust waste. 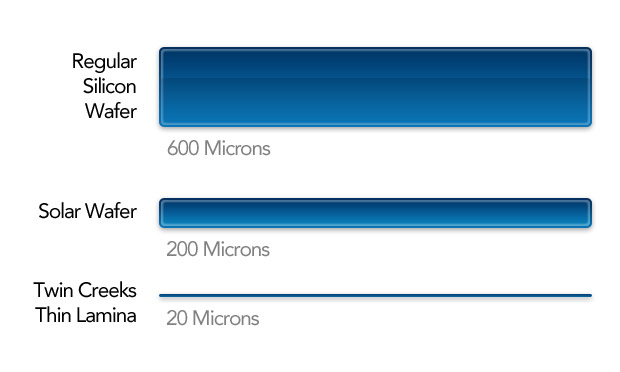 Hyperion's proton induced exfoliation (PIE) technology injects high-energy hydrogen ions (protons) into a crystal material (re. silicon) at a finite depth.  The hydrogen ions line up at that finite depth (between 20-30 microns), and when heated, the ions lift and peal back an ultra-thin layer called a "lamina" from the silicon donor wafer.

Silicon is the most expensive component of a finished solar module, so to put it simply, "less material, more value".

Though Twin Creeks has been developing the Hyperion for over four years in stealth mode, they have not gone unnoticed by investors, raising $93 million from various VC investors, as well as $30 million in loans from the state of Mississippi, where Twin Creeks has its demo plant.

Twin Creeks strategically decided to unveil the Hyperion only now after securing 20+ patents and confirming that they have a product that is tested and "ready to ship".  A single Hyperion 3 system, Twin Creeks' commercial-scale manufacturing tool, can process over 1.5 million thin wafers per year, which is enough to produce about 6 MW of solar cells per year. 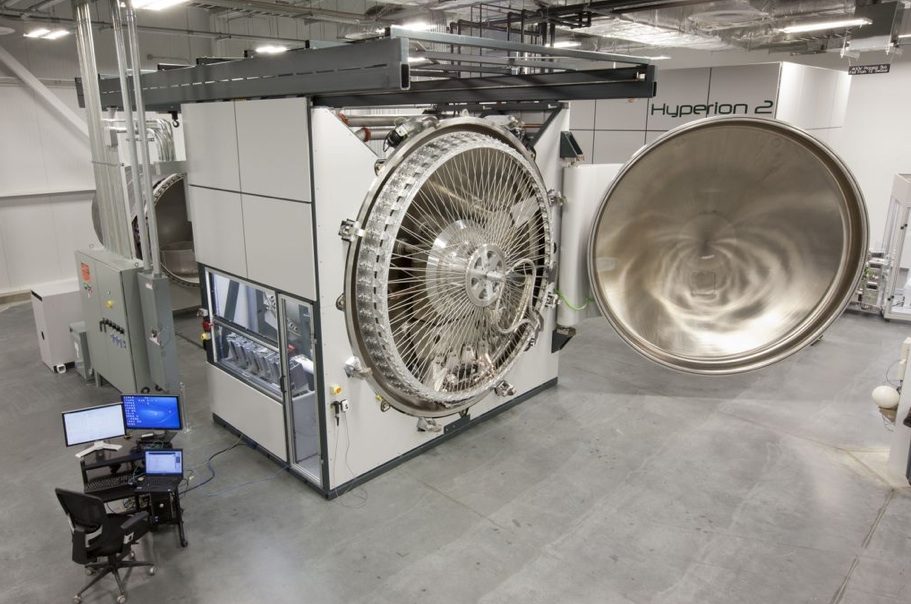 Twin Creeks expects to market the Hyperion 3 to solar vendors such as Suntech, SunPower, and Yingli.  In parallel, the company is also investing in its own commercial-scale production facilities.

The advent of Twin Creeks' technology, and other revolutionary technologies that will lead to dramatic cost efficiencies in solar manufacturing (see also 1366 Technologies, Alion, Inc., and Bandgap Engineering), is critical for maintaining a healthy solar industry in light of recent of market activity.

The price of solar has drastically decreased over the past year or so, selling for less than $1 per watt and approaching 80 cents per watt.  This is great news for consumers and the competitiveness of solar compared to other grid technologies.

However, the cost for manufacturers is also around 80 cents per watt, meaning that solar manufacturers are simply not making money in the current market.  Without a change to the cost structure of solar cell fabrication, the solar manufacturing industry could quickly see a spiraling downturn (re. massive bankruptcies).

Twin Creeks presents a robust solution to this issue, reducing manufacturing costs to 50 cents per watt, a necessary target price that simply can not be achieved with conventional technologies.

The challenge now is convincing solar manufacturers to invest in Twin Creeks' technology - which despite leading to critical cost reduction, will require large sums to adopt Twin Creeks' new equipment.