Brite Solar's PanePower Solar Technology is based on Dry Sensitized Solar Cells (DSSC), a composite of organic and inorganic lightweight nanostructure cells, and uses a patented solid electrolyte, which guarantees long-term robustness as compared to other existing DSSC technologies, which are mainly based on liquid electrolytes.  This low-cost thin film technology:

Though other players such as Wysips and New Energy Technologies Inc. are also actively developing transparent solar systems, this window technology is not yet available in mass production today.

Brite Solar's objective is to achieve panel efficiency of 8% at a fraction of the production and capex costs of silicon Thin Film solar panels.

Brite Solar believes that DSSC technology will succeed due to low cost, substrate flexibility, and its ability to perform in dim or variable lighting conditions.  Brite Solar is targeting the Building Integrated PV (BIPV) market, growing substantially from $528 million in 2008 to $8.2 billion by 2015.

Established in 2009, Brite Solar is funded primarily by its founders CEO Dr. Nick Kanopoulos, CTO Prof. Panagiotis Lianos, VP Engineering Prof. Elias Stathatos.  Brite Solar was selected by the OECD as one of the best Business Cases of Eco-Innovation in 2011 and is currently nominated for a EcoSummit 2012 award.

Brite Solar's PanePower system is exciting not only for its technological splendor and its promising potential, but also, that it is -- Made In Greece.

During this sour economic period, where Greeks might be feeling bitter, confused, and abandoned, Brite Solar emerges with its positive and inspiring project that combines two of Greece's best qualities : sun and science. 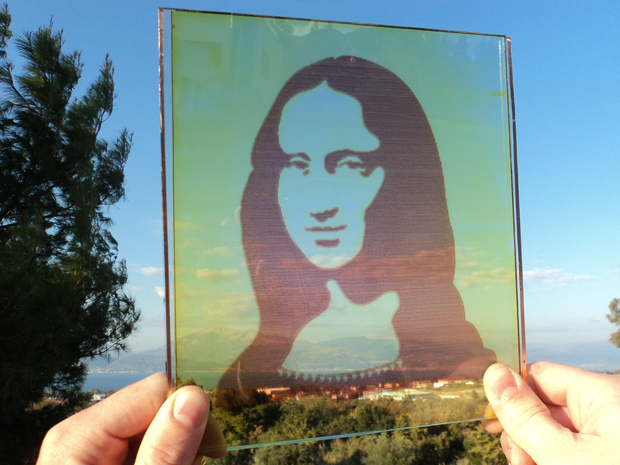