Bio Architecture Lab (BAL), based in Berkeley, CA, has developed an enzyme to effectively breakdown brown seaweed to produce ethanol.

As compared to other biofuel feedstocks such as corn, macro-algae (as seaweed is more formally known):

Seaweed can yield 1500 gallons of ethanol per acre when farmed at 18-22 dry tons per acre.  This yield rate is 50% more than sugar cane, and 3 times more than corn at a fraction of the cost. 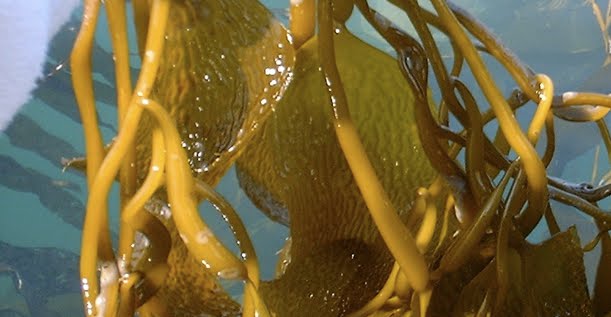 Why then, isn't seaweed fueling all our vehicles?

Of the 60% fermentable carbohydrates found in seaweed, about half is composed of a sugar called alginate.  Alginate, like lignin, is difficult for existing microbes to metabolize, making it currently uneconomical to use seaweed as a feedstock for biofuels.

With over 60 patents or patents pending, BAL operates three seaweed farms in Los Lagos, Chili, and is building an experimental pilot facility, to be operational in 2012, which will  demonstrate the complete value chain of the technology, from feedstock to biofuel production.

BAL has raised $37.5 million, including $8.8M from ARPA-E and $7.5 from Chile's economic development agency, Innova CORFO.

BAL expects to be operate commercially for renewable chemicals by 2014 and fuel within 5 years.