Solaire 2G, based in Marseille, France, is developing  a novel and patented dual-purpose solar panel that combines PV and heat exchanger technology to produce both electricity and hot water.

Standard PV panels are about 15% efficient, and effectively the remaining 85% is lost -- as heat.  Solaire 2G's design includes a heat exchanger that extracts this "waste heat" to be used for the building's water-heating.  Solaire 2G's "DualSun" panels can therefore provide 100% of a building's electricity needs and up to 65% of hot water needs.

The solar electrical/thermal cogeneration concept is not particularly new, as we've seen with others like EchoFirst.  But Solaire 2G's innovative design and two solid patents optimize size, weight, and fabrication to provide a compact, beautiful, and economic solution. 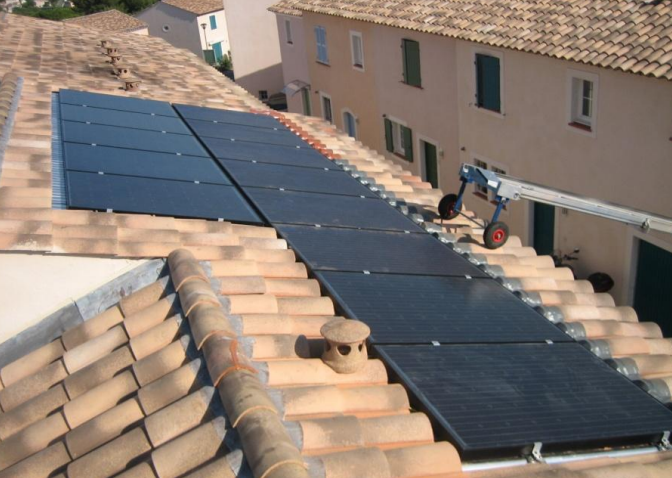 The company was started in 2010 by two young 20-something graduates from Centrale Paris, Laetitia Brottier and Jérôme Mouterde, and already the company has installed its pilot system in the South of France and expect to commercialize the DualSun system in 2012.  Wow!  They also recently won the "2011 Grand Prix de l'Innovation" for the Eco-Innovations category.

So how does a young French startup move so quickly given relatively high-capital needs?  Despite the absence of endless venture capitalists that are so prevalent in the American startup culture, there is a plethora of financial and strategic resources here-- from big companies to business angels to most importantly, public entities (regional, national, and on the European level); ADEME, ARENE, PACA, OSEO to name a few (the French love their acronyms).

It's easy for a small French startup to get lost in the complexity of this rich "ecosystem", paving way for intermediary consulting companies like Ecosys and Alma Consulting, to facilitate the interactions between the various actors.

In fact, I was at a conference yesterday organized by Alma Consulting on the "Development of Eco-technologies" where Pete Pierce, the VP of Business Development of Solaire 2G was one of the roundtable participants.

Pierce confirmed that in order to finance Solaire 2G's pilot project, which was on the order of 250keur, Solaire 2G received funding from 25 different contributors (including ADEME, PACA, CG13, OSEO, and Total). Lots of players.  Small sums.

Also to note, one consensus of yesterday's conference was that the French cleantech ecosystem is great for providing front-end support for new technologies, namely research and development, and less great at providing back-end support, in other words, commercialization.

And as Pete Pierce described the financing process, for every $1 spent on the technology, you generally need to spend $5 on commercialization in order to be successful.  Hopefully the French ecosystem will evolve quickly enough to provide the support Solaire 2G needs in order to reach its ambitious commercialization plan. 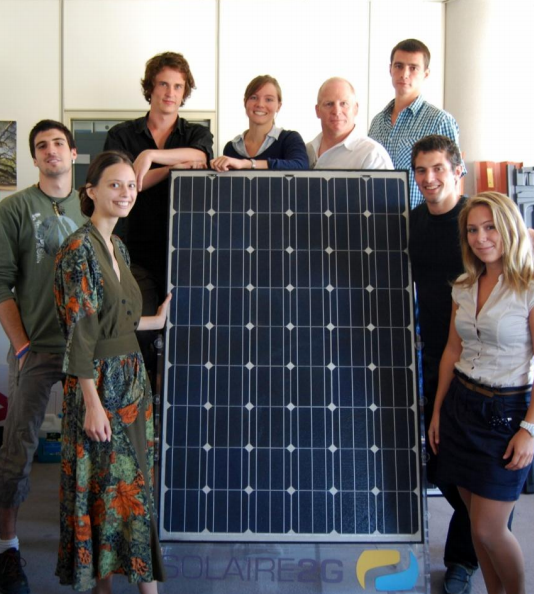