SkySails, located in Hamburg, Germany, is the market leader in wind propulsion by automated towing kite systems.  In other words, SkySails designs high-altitude flying kites attached to cargo ships that essentially "pull" the ships, reducing the ship's fuel costs and CO2 emissions by 10-35%.

As we've seen with Makani Power and Altaeros, high-altitude wind is a popular area for exploration these days.  What's the big deal?  To put it simply, wind velocity increases exponentially with height, and power is a cubic function of wind velocity.  In other words, 8-27 times more power is generated at an altitude of ~600m compared to ground level.  No wonder there's so many people exploring how to harness energy from this extremely powerful resource. 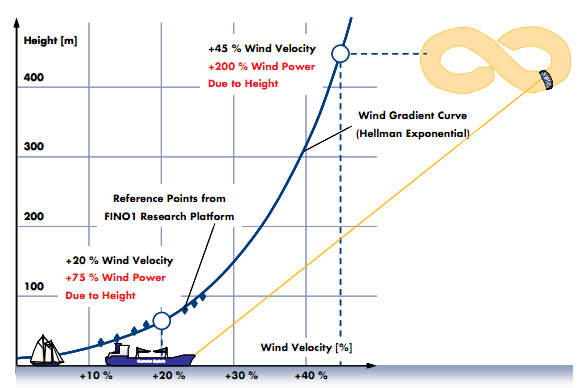 The SkySails system is composed of a towing kite, a towing rope, and a control system located on-board to steer the kite.  The kite is launched and recovered using a telescopic mast which takes about 10-20 minutes.

In operation, the SkySails kite hovers at an altitude of 100-500m  and performs figure-8 maneuvers generating a tractive or pulling force of 320 kilonewton (kN) on the rope, and producing 5-25 times more power per square meter sail area than conventional sails.  The latest SkySails product (SKS C 320) has a maximal propulsion power of more than 2 MW! 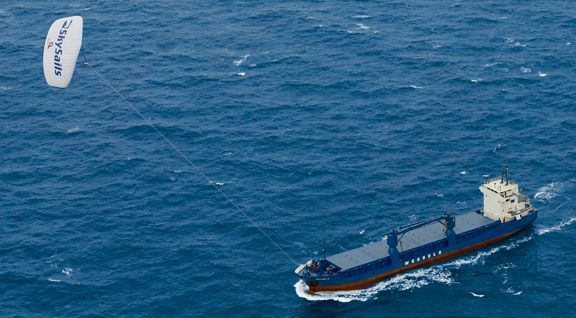 We probably don't realize that 90% of world trade is being transported by sea, producing 3% of the world's CO2 emissions.  By applying kite propulsion technology to the shipping industry, SkySails is taking full advantage of the "enormous free wind energy potential on the high seas" to reduce costs (~6 cents / kWh, half the cost of the kWh from the main engine) and cut CO2 emissions.  SkySails have been in operation in commercial cargo shipping since 2008, and they recently signed a deal with SolarWaterWorld to develop a zero-emission solar yacht with towing-kite propulsion.

SkySails received 15million euro in its latest round of VC-funding which was Germany's biggest VC cleantech investment in 2010 - goes to show you that the nascent VC culture in Europe is very different from that of the US, where 15million euros is really not much.

As the President of DSM, one of SkySails investors, describes SkySails' technology, "For us, SkySails is not simply an ecological ship propulsion system, but more importantly THE key technology for capturing the potential of high altitude wind in a wide range of sustainable innovations for diverse markets".

And in fact, SkySails is going beyond maritime transport and developing a power system to generate electricity using high-altitude kite technology.  This could be huge. 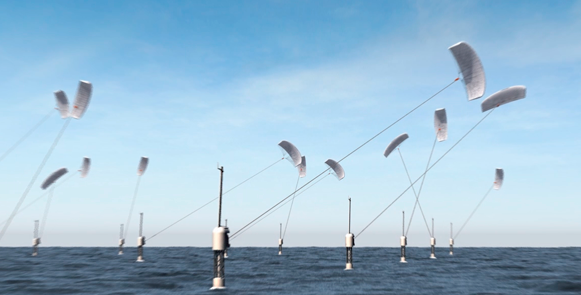 Thanks to my friend Celia for the heads up about this extremely innovative company.