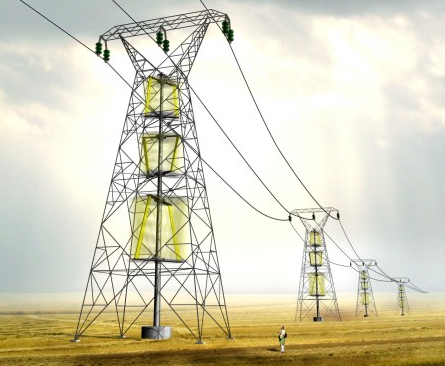 I had a discussion recently with an employee of Second Wind about the wind industry - and how innovations in the industry are mostly incremental and not as exciting as projects we're seeing in the solar industry.

But Wind-it blows me away.  Pun intended.

The idea is simple - install small vertical axis wind generators on existing pylons, coupled with wind guidance systems such as sails, reinforcing winds towards the generator.  The electricity produced can then easily be re-integrated into the electrical grid.

Here-below is an example of a vertical axis wind generator, produced by Urban Green Energy. 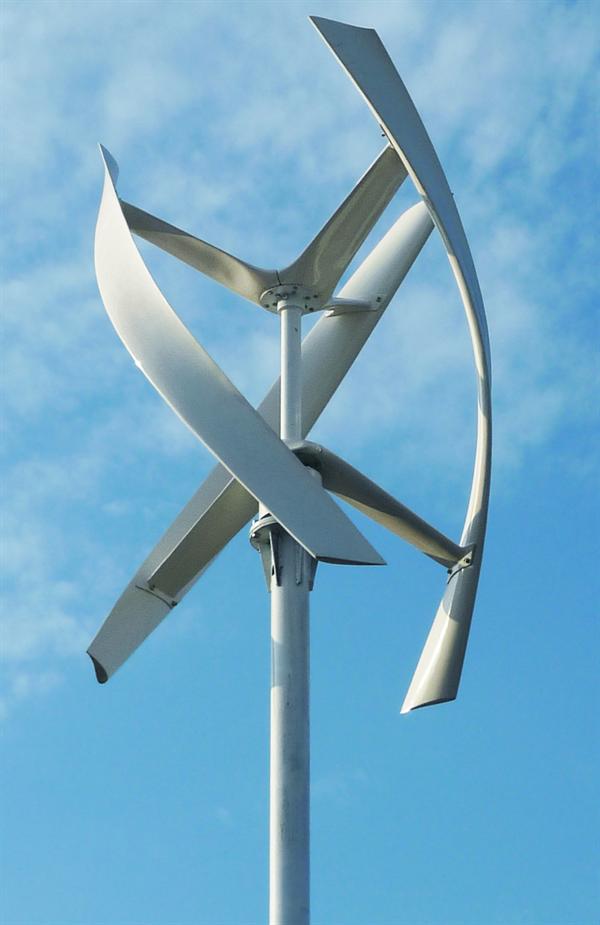 Wind-it is targeting emerging countries, since pylons in these regions are growing at a fast rate for power transmission and cell phone towers -- a fact that was very evident for me when I was in Haiti, where even the remotest of villages are dotted with multiple new cell phone towers powered by diesel generators (that could eventually be replaced by Wind-it systems!).

But even in a country like France, if 1/3 of the existing pylons were retrofitted with Wind-it turbines, we could generate the equivalent electricity of 2 nuclear power plants.

The Wind-it design was first developed in 2007, and since then, has received a European patent, is listed as one of The Blue Economy projects, and is currently being prototyped.

I love this idea of making a small change to an existing infrastructure to generate electricity - I'm curious to understand better the cost and time investment needed to integrate the Wind-it system, but theoretically (or I hope realistically!), we could be installing thousands of these tiny systems and producing wind-generated electricity within 2-3 years -- while highly political large-scale projects, like off-shore wind farms or nuclear plants, would still be in "discussion".

via The Blue Economy