I was at Walden Pond the other day, and after coming out of the public toilets, I saw this sign: 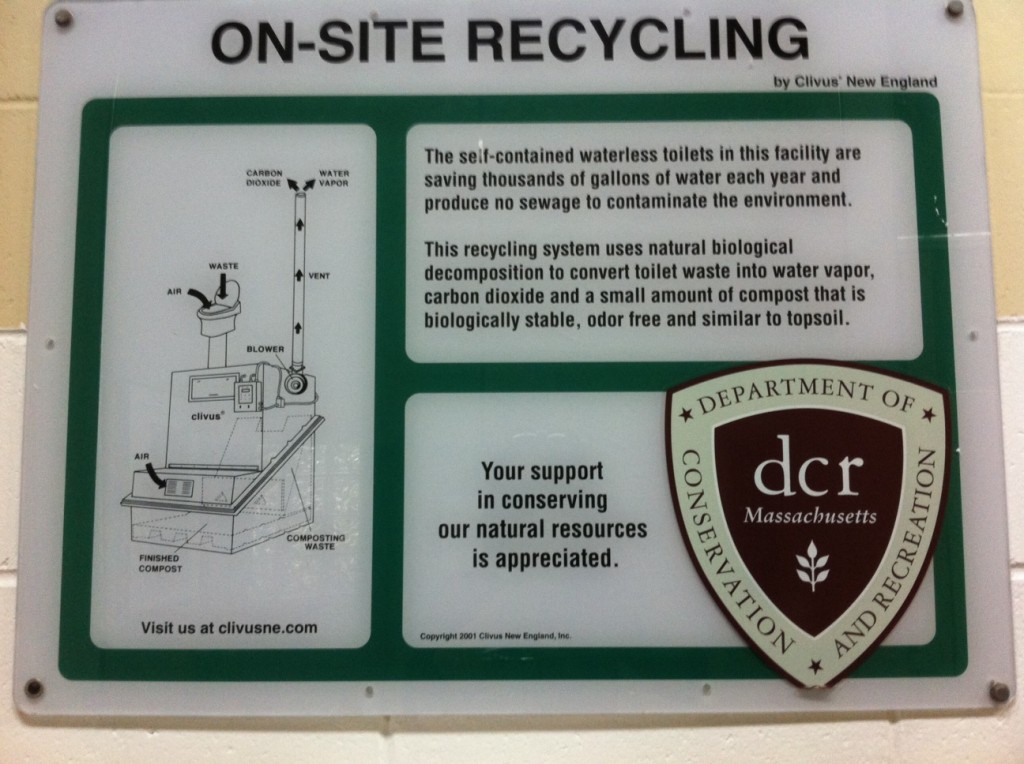 That's right -- during that specific trip to the bathroom, I saved 97% of water (as compared to a conventional 1.6 gallon toilet flush) and contributed to a lovely pile of compost with my... valuable excrement.  And without realizing it!  And it didn't stink at all as you would expect from a non-flushing toilet.

Clivus's 3-ounce Foam-Flush Nepon Toilet separates urine from feces and uses aerobic mesophilic decomposition to break down the urine and feces into stable compounds within the composting system. 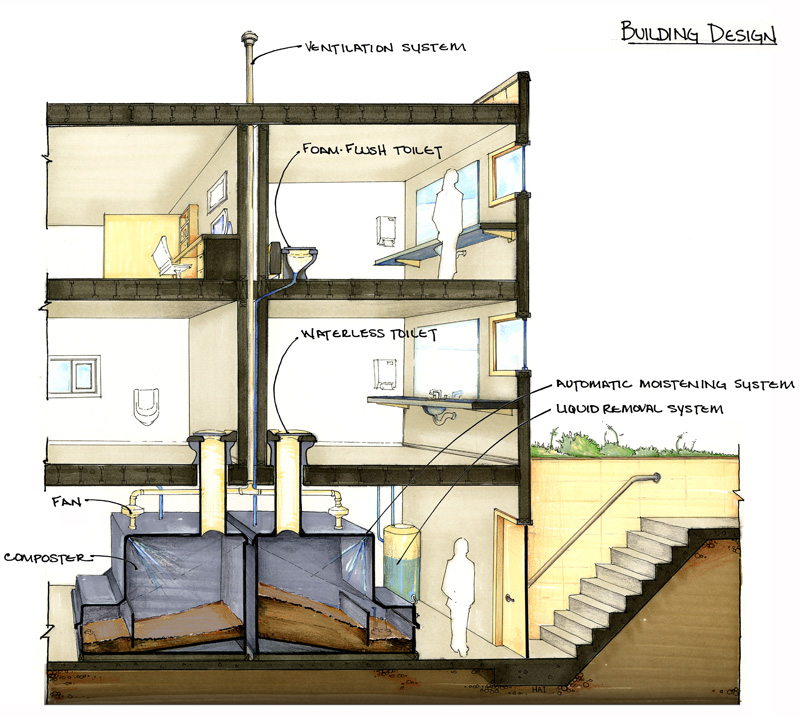 The separated urine is mixed with certain bacteria (Nitrobactor and Nitrosomonas) to convert the chemically unstable components (urea and ammonia) into a liquid end-product containing nitrite and nitrate, which is a valuable fertilizer.  The Clivus system produces about 1 gallon of this liquid fertilizer for every 20 toilet uses, at which point the liquid is then pumped to a separate storage tank.

The separated feces reacts with organisms in the composter (including bacteria, fungi, and earthworms) in an aerobic environment, releasing carbon dioxide and water vapor, and producing an energy-rich dry end-product.  The biological content of this dry end-product is similar to that of topsoil and is intended to be used as a fertilizer.  Moreover, as feces is mostly water, the composting process reduces the volume by 90%!

Clivus' waste treatment system is fantastic - not only is it hygenic (and does not smell bad), but the system saves (a lot of!) water, prevents nutrients in human waste from becoming a source of pollution, and makes usable fertilizer.

My only question is, why doesn't every home have one of these already?