The staff of Watt Now is finally back from Haiti!

And we've got lots of exciting projects to report on.  And yes, we realize as Mark Twain said, that "only royalty, presidents, editors and people with tapeworms have the right to use the editorial 'we' "...

Anyway, as I previously mentioned, EarthSpark International is a non-profit organization, that worked with a diaspora group and a community group in a small rural village in Southern Haiti, Les Anglais, Haiti to open Haiti's first clean energy store, "Magazen Enèji Pwòp" in 2010. 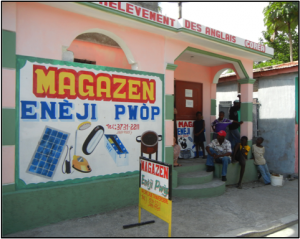 The Magazen sells solar products such as lights bulbs, phone chargers, and solar home systems, to replace kerosene (dirty and expensive),  as well as efficient cookstoves to reduce and avoid the use of charcoal (even dirtier and more expensive).

I spent two weeks in Haiti helping EarthSpark and the Magazen to professionalize their business practices (ya know, how to keep inventory, track sales, deal with customer service) and develop a plan to expand the "Enèji Pwòp" distribution business all over Southern Haiti (le Cote Sud) through a franchise and consignment model.

There is lots to talk about, but today, I want to focus on Enèji Pwòp's latest product, the NOKERO lightbulb. 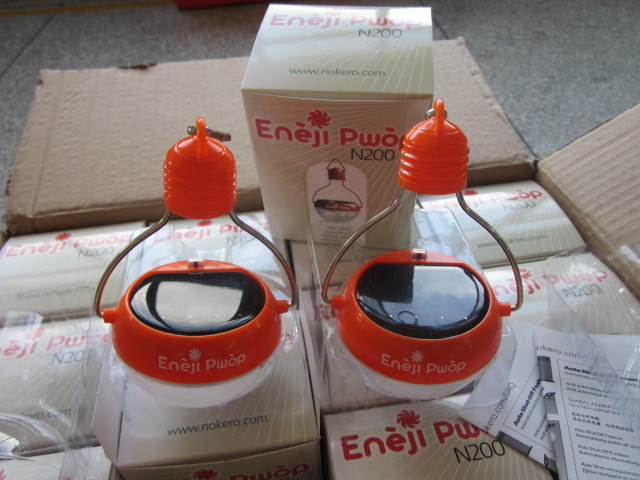 NOKERO is a small, for-profit, social enterprise based in Denver, Colorado, that develops innovative solar products that are designed to be affordable and replace dangerous and polluting fuels such as kerosene.  NOKERO = "No Kerosene".

There are many great companies developing similar products such as Barefoot Power, D. Light, and ToughStuff, but NOKERO definitely won us over with their smallest product, the N200, for it's simple, robust, effective, and quite frankly, "chic" design.

In Haiti, 75% of the population does not have access to grid electricity (sidenote: half of the 25% that do, don't pay for it !).

The effect of walking through Les Anglais (not connected to the grid) at night is simply -- ominous.  The village recently got solar-powered street lamps installed which are awesome.  But even so, something feels weird as you walk down the street as early as 7pm.  And that something is -- that the houses are completely black.

Enèji Pwòp is selling NOKERO's N200 solar-powered bulb for 500 gourdes ($12.50USD).  This may seem a bit pricey.  And in fact, it probably would sell for cheaper in the US.  The irony of the situation is - there is very little local manufacturing in Haiti and the infrastructure for distribution (roads, trucks, etc) is weak and therefore makes transporting merchandise very complicated and expensive.  So poor people living in these rural areas often pay a huge premium for simple imported goods.

To sum up the irony, more than half of the cost for the NOKERO lightbulb is attributed to distribution costs!  Manufacturing the lightbulb is the easy part.  Getting it from China to rural Haiti is the big roadblock.  Pun intended.

This being said, the NOKERO bulb is still very economical.  It replaces the equivalent of one kerosene lamp. 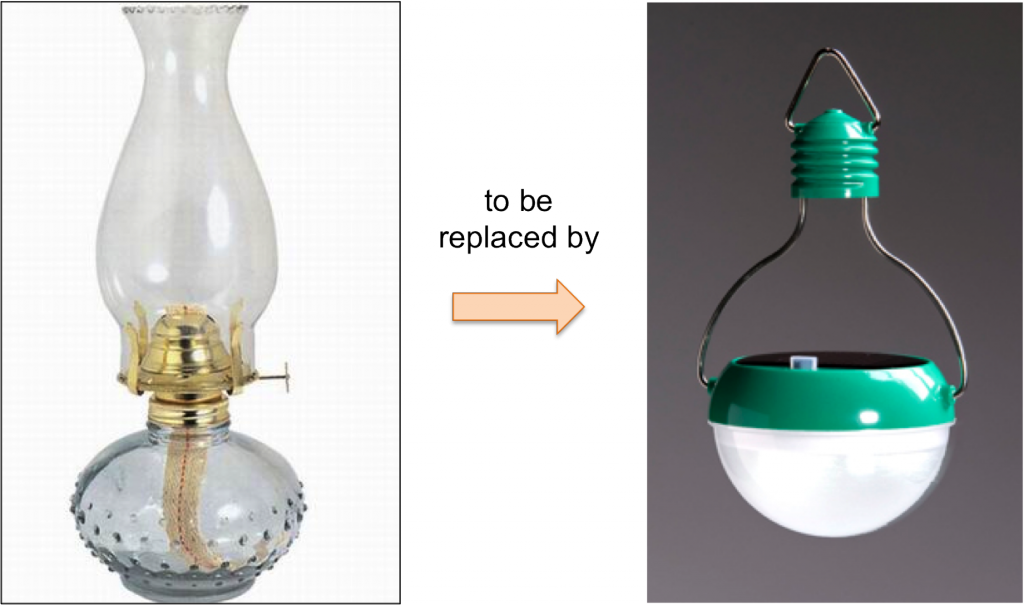 A kerosene lamp costs about 200 gourdes ($5 USD) and then about 10 gourdes/evening ($0.25 USD/evening) in kerosene.  The NOKERO in comparison, therefore has a payback period of about 1-3 months!  The battery of the NOKERO lightbulb will last 1-1.5 years before needed to be replaced (replacement cost: ~$1), allowing the lightbulb to last for years.  Moreover, the lightbulb is a much safer alternative to the kerosene lamp, as it does not produce fumes and lead to house fires which is a major issue of kerosene lamps.

Over 2000 NOKERO lightbulbs are currently on their way to Southern Haiti.  For the marketing campaign to rollout this new product, we elaborated upon a traditional Haitian riddle:

All Haitians can answer this riddle without a second thought.  So to play on that, we asked: 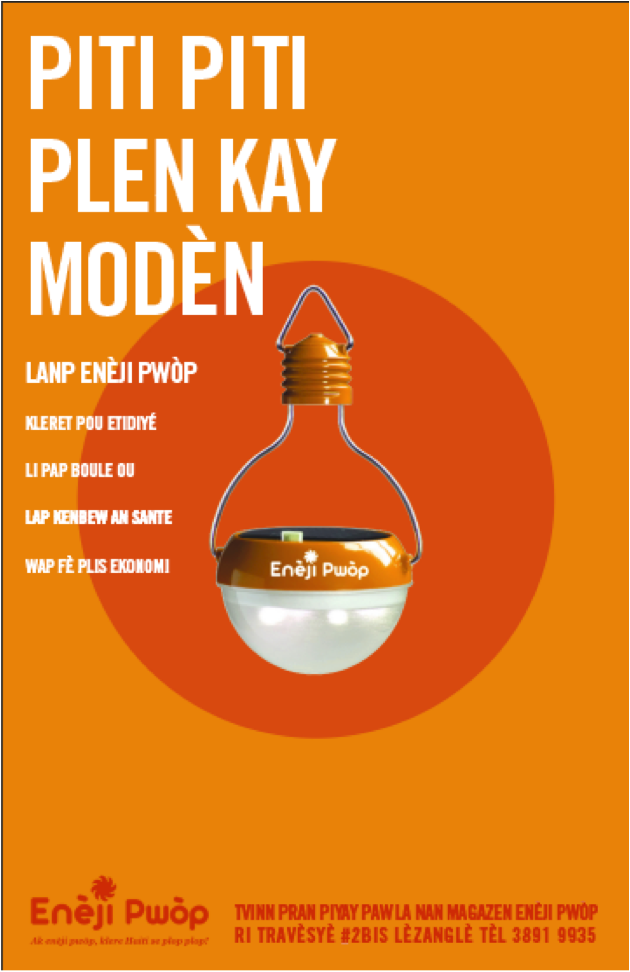 While I was in Haiti, I had my own NOKERO lightbulb.  I would hook it on my backpack during the day, and pull it out at night to eat and read - and conclusion: it definitely fills the room.