It almost seems like magic the way that Alphabet Energy, based in San Francisco, CA, can turn waste heat - like exhaust coming out of your car, or a factory chimney spewing out hot steam - into electricity.

Seems so simple, right?  Totally.  The trouble is designing a technology that is efficient, inexpensive, and scalable.  And it seems Alphabet Energy has hit the spot on all three.

Alphabet's products are particularly interesting for industrial facilities, which could meet 25-100% of their electricity needs from waste heat. 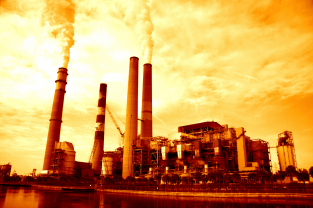 Also, the US Army and US Airforce, which are constantly looking to boost energy efficiency in the military's battlefield operations through their Small Business Innovation Research (SBIR) programs, have signed over $1 million in Phase II contracts with Alphabet for special field applications.

Alphabet aims to reach full commercialization in 2012/2013 and be the world leader in the heat recovery industry with its fabless manufacturing model.  We're talking about an $100 billion global market.

Probably not a bad place to look for a job.  Hmm.